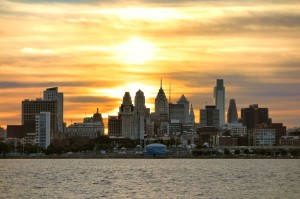 Philadelphia is already well recognized for its many historic attractions including the Liberty Bell Center, the Philadelphia History Museum, Franklin Square and Valley Forge not to mention its food, the boardwalk, the art museums and the great annual events however, in 2017, Philadelphia will be welcoming another great attraction to its list. Construction has officially begun on the up and coming American Revolution Museum and with collections already pouring in, this is one you won’t want to miss. Island Trader Vacations invites you to come with us as we take a closer look at this exciting new attraction coming to Philadelphia.

This wonderful new museum will be located just steps from Independence Hall and will be a part of the Independence National Historical Park. Said to “chronicle the full sweep of the war-the deadly struggle between British and American forces as well as the growth of the idea of independence”, the museum will include powerful displays showcasing the artifacts and personal stories of those who were there. Immersive environments and interactive experiences will allow visitors to truly experience those who lived during this tumultuous time did from Indians to British to American Americans and those Colonial settlers.

The collection already includes clothing and significant items from those who fought including coats, muskets, bowls and even powder horns and part of the “mother church” or George Washington’s church. Other artifacts such as the first newspaper which printed the declaration as well as art and photos further aid in illustrating this part of our nation’s history. You can follow the progress of this new museum online at amrevmuseum.org.

While the structure may not yet exist, the museum is already educating visitors about the American Revolution and what it meant to our country today. In fact, on November 4th, the museum in conjunction with the Colonial Williamsburg’s American Indian Initiative hosted a special program on Indian Diplomacy and the war featuring costumed interpreters there to tell the story of a delegation hosted by General George Washing and allied Iroquois Indians.

Just the beginning of all visitors can expect to enjoy from this world class historic attraction, this museum already has history lovers excited for the day it opens to the public.

Island Trader Vacations invites you to put this on your calendar and start planning your journey to this, one of America’s most historic cities and a top destination for travel in 2017.